A. J. Baime’s 2014 book The Arsenal of Democracy: FDR, Detroit, and an Epic Quest to Arm an America at War is a work of historical non-fiction, highlighting one specific aspect of the development of the US military industrial complex during the second World War: the efforts by the Ford Motor Company to build B-24 Liberator bombers. 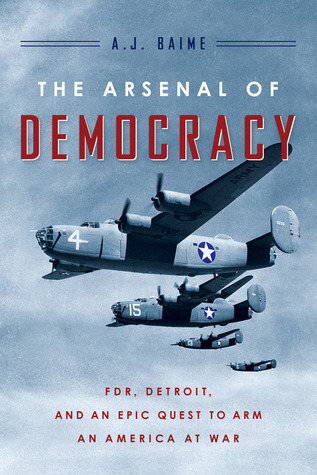 SPOILER ALERT:  Ford Motor Company provides the setting for Baime’s book, starting off with the story of Ford as an early leader in automobile production, and efforts under new management (Edsel Ford, son of founder Henry) to expand into the burgeoning aviation market – efforts which were initially unsuccessful.  A central tenet of this book is the importance of military airpower during World War II and in the pre-war years (and the need to increase production for military aircraft); the author hails heavy bombers – specifically, the B-24 Liberator – as the key to winning the war.  Thus, the war provides Edsel with an opportunity to try again.  In the early years of the war, Edsel & his team propose a plan to construct B-24s by applying assembly-line manufacturing processes, and they set the audacious goal of turning out one bomber per hour.  Their efforts (including the construction of the mammoth new Willow Run factory in Michigan) reveal the naiveté of the initial goal, and the challenges of both meeting that goal & overcoming the doubts of other people.

It may sound trite, but this book has something for almost everyone.  This is not a traditional military history, although there is an engaging description of Operation Tidal Wave, to bomb the oil fields in Ploesti.  (If you expect this to be the same as Rick Atkinson’s Liberation Trilogy, you may be disappointed.  Perhaps a better comparison is to Michael Beschloss’ The Conquerors, which provides perspective on the wartime presidents Roosevelt & Truman.) This is not a work of historical drama, although the book depicts the complex relationship between automotive icon Henry Ford and his only son Edsel.  This is not a history of the civil rights movement or of labor relations, although the book paints a picture of the growing industrialization of Detroit, tells of the influx of transplanted workers from rural America, and describes the painful (and sometimes bloody) multi-sided labor conflicts at the Ford factories.  It tells a story set during wartime – and the war cannot be ignored.  The appearance of several unexpected cast members (thugs of questionable authority, suspected Nazi sympathizers, and even Charles Lindbergh) all serve to keep the reader engaged.  Scholars will appreciate the comprehensive endnotes and index.

This is a lease book at the UAH Salmon Library, and the UAH copy can be found with the call number HD 9710 .U54 B35 2014 in the coffeeshop reading area of the first floor.  You can see more information on the Goodreads page for the Arsenal of Democracy. That page has reviews and links to buy a copy if you want.

Spotted a book that should be in a future In the Stacks feature? Just tell us at doug.bolden@uah.edu and/or ron.schwertfeger@uah.edu, and we’ll look into it. Questions about this book or any of the others we have?  You can also email us (or the reference desk at erefq@uah.edu).

Curious about a local road trip for the summer? Interested in odd bits of lost local culture? Just curious about where some of the roads got their names? Try out W. Stuart Harris’s Dead Towns of Alabama. A encyclopedic collection of blurbs and short anecdotes about towns, settlements, and sites around the state. 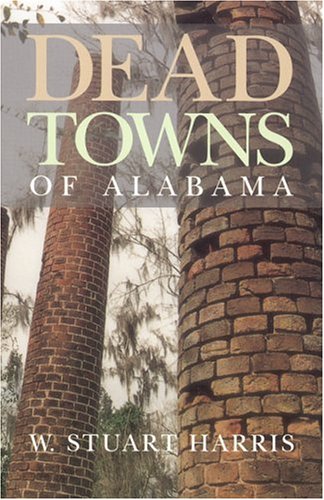 The information ranges from tiny to fairly interesting, and it often fills in formative gaps for the early development of the state. The 1977 edition has a surprising lack of maps or precise locations, but it does have bits like this, about the town of Ditto’s Landing:

Situated on the north bank of the Tennessee River, this early Madison County river landing was 10 miles south of Huntsville, approximately where U.S. Highway 231 crosses the river today. John Ditto, a Pennsylvanian, was possibly the first white man to reside in what is today Madison County. He operated an Indian trading station long before the settlers came into the region. He established the first landing used by the pioneers between Chattanooga and Colbert’s Ferry.

In 1820, John Hardie operated a store at Ditto’s Landing, where he received and distributed goods for the firm of Read and White (see Mardisville). Colonel James White, who owned an ironworks and a salt firm in East Tennessee, shipped his products to Hardie by way of the river.

It goes on to say that it was later changed to Whitesburg, in honor of Colonel White.

So, maybe a hobbyist/specialist resource, but it is worth at least a browse. We have it here in the stacks as a physical book with call number F334 .H37 (this on the second floor, north section). We also have it as an ebook through our Ebsco Ebook Collection. That ebook is viewable by only one person at a time, so if it says that it is in use, try again later.

If you are curious about getting your own copy, you can order it from the University of Alabama Press, as a paperback, for $19.95. There, it is described as

This easy-to-use reference work documents the many long-vanished towns, forts, settlements, and former state capitals that were once thriving communities of Alabama.

Dead Towns of Alabama is not merely a series of obituaries for dead towns. Instead, it brings back to life 83 Indian towns, 77 fort sites, and 112 colonial, territorial, and state towns. W. Stuart Harris conjures up a wealth of fascinating images from Alabama’s rich and colorful past–images of life as the Indians lived it, of colonial life in the wilderness, of Spanish explorers and French exiles, of danger and romance, of riverboats and railroads, of plantations and gold mines, of stagecoaches and ferries. Overall, it presents a thoroughly absorbing panorama of Alabama’s early history.

Here we learn about two former capitals–St. Stephens and Cahaba–that have deteriorated to mouldering ruins now. We learn about once thriving communities–county seats, river landings and crossings, trading posts, junctions, and other settlements–that time has forgotten. Absent from most maps, these sites come alive again in Harris’s fascinating account, filled anew with the bustling activity of their former inhabitants.

First published in 1977, Dead Towns of Alabama is a unique guidebook to every region of the state. It is an invaluable resource for historians, students, tourists, and anyone interested in exploring Alabama’s interesting historical and cultural past.

UAHuntsville history professor Samuel S. Thomas has written about the history of midwifery for historical journals, and in the coming year he will explore the subject in fiction as well.

The book, a work of historical fiction, is tentatively titled The Midwife’s Story: A Mystery and will be published next fall by St. Martin’s Press. Thomas’s book tells the story of Bridget Hodgson, an elite midwife in 17th century York, England. While Hodgson is a gentlewoman by birth, and thus is close to the most powerful families of York, her work as a midwife takes her far beyond her elite social circle.

You can read more about how Dr. Thomas discovered Bridget Hodgson here.

UAHuntsville students and faculty can read some of Dr. Thomas’s other works listed below online or download the full-text from various databases, courtesy of the Salmon library. If you need any assistance locating the articles, please contact the library at 256-824-6529 or http://libanswers.uah.edu.

From now until Aug. 29, the UAHuntsville Salmon Library (and other NAAL members) will have trial access to the ProQuest database History Vault. Please contact the Reference Desk for login information at 256-824-6529 or http://libanswers.uah.edu.

ProQuest is introducing more than 23 million pages of primary source material from its University Publications of America (UPA) Collection in a digital format. ProQuest History Vault unlocks the wealth of archival materials with a single search. Researchers will be able to access letters, papers, photographs, scrapbooks, financial records, diaries, and much more from a single interface.

Search results are bibliographic metadata records with embedded links to a searchable PDF of the document. Browse options include event timelines and detailed descriptions of archival collections from which the materials are drawn. Jump right to the most significant folders in the collection, or run a search on a person, event, or controlled vocabulary subject term that catches your eye.

Now until Aug. 12, 2011, we have access to the Digital National Security Archive at the below link:

ProQuest, in partnership with The National Security Archive produce the Digital National Security Archive, the most comprehensive collection available of significant primary documents central to U.S. foreign and military policy since 1945. Over 80,000 of the most important, declassified documents – totaling more than 500,000 pages -are included in the database. Many are published now for the first time.

The National Security Archive is a non-profit research institute and library, located at The George Washington University in Washington, D.C., which provides unprecedented public access to declassified government documents obtained through extensive use of the U.S. Freedom of Information Act (FOIA).

Documents have been indexed to permit item and page-level searching across more than 20 combinable fields. In its totality, DNSA offers the most powerful research and teaching tool available in the area of U.S. foreign policy, intelligence and security issues during the pivotal period of twentieth-century history.

DNSA also contains the CIA Family Jewels Indexed. Among the most controversial documents ever compiled by the Central Intelligence Agency, the “Family Jewels” represents the CIA’s own view, in 1973, of those domestic activities it had engaged in up to that time that were outside its charter, hence illegal. Totaling 703 pages and consisting of summary reports and supporting documents sent from CIA directorates and divisions to the agency’s chief, the “Family Jewels” contains chilling references to CIA contacts with the Mafia, denials of involvement in assassinations, materials on CIA interrogations, surveillance of journalists and the antiwar movement in the U.S., penetrations of other federal agencies, a break-in at the Chilean embassy, cooperation with local law enforcement authorities, support for White House political activities, responses to the leak of the Pentagon Papers, and much more. 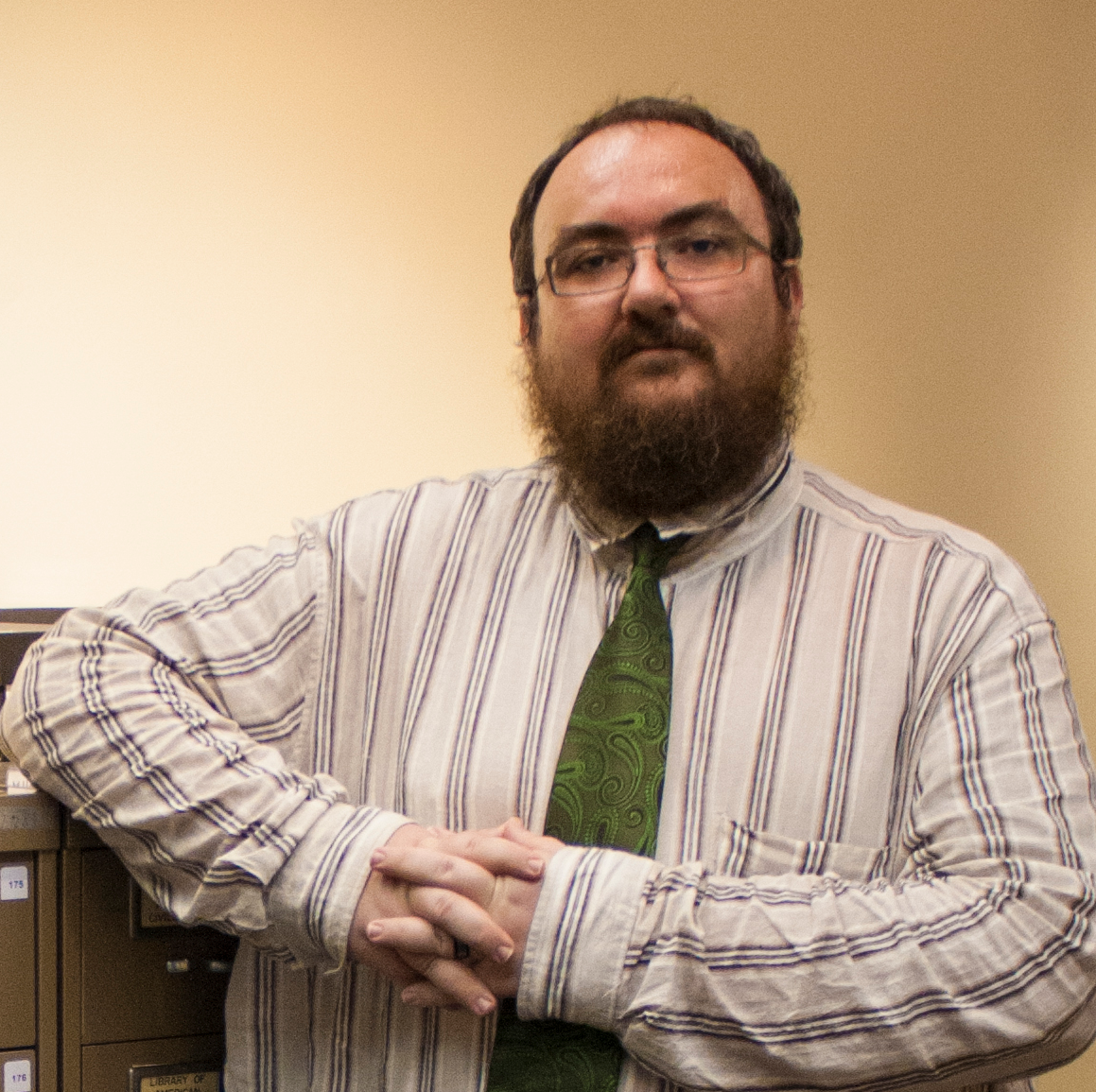